Team Kitaco and Team El-Toro join forces for the Nationals to form the nigh-unbeatable Purple Pack!

Finally a chance to report on the National Dog Show week! What a great time we had during the NZ National Dog Shows in Blenheim. Lots of shows, great numbers, stiff competition and wonderful friends made it a memorable week we will not soon forget.

Team Kitaco was temporarily expanded to “The Purple Pack” (we all wore purple to the NDS as a sign of solidarity!!) by the inclusion of our North Island motel roomies, Fleur and Lavinia representing Team El-Toro.

The El-Toro Kennels (owned by Bev Ward) are easily the most prestigious and best-known Chihuahua kennels in NZ. Home to countless NZ and Australian champions, so many National Best of Breed winners in both the Long and the Smooths, they again dominated the National Dogs Show this year, giving us lots to celebrate with an absolutely wonderful bottle of insanely expensive champagne Lavinia had packed “just in case”. On the downside was being so tired because of the many late nights back at the motel talking breeding, dogs and laughing about some of the crazy people populating the Dog Show world into the wee small hours of the morning.

Buzzbee’s equally stunning littermate, Dixie Chick (El-Toro Dixieland) swept away all the competition in the Bitch line-up, taking Challenge Bitch, Best Bitch and Reserve Best of Breed with Delilah (NZ CH Maraschino Princess Ala) left in the dust by her flashy El-Toro roomie.

In the Long coats, Narci (GR CH, GR JNR CH, NZ CH Mystic Legion Narcissus) - who is becoming the Susan Lucci of the Chihuahua world (LOL) - continued his unbroken run of not winning at Nationals (he was knocked out of his class by the eventual BOB winner), while Kyrie (NZ CH Kitaco’s Valkyrie Warrior) was pipped at the post by the eventual Reserve of Breed winner (yet another EL-Toro!). Gorgeous little Purple Pack girl, Page, (El-Toro Page) however, gave her older, chunkier cousin a run for her money, qualifying for Crufts in addition to taking Junior Bitch, Reserve Bitch Challenge and Reserve Bitch and Best Junior of Breed. Duchess (NZ CH Eldivino Rogue Trader at Kitaco) took Best NZ Bitch and Bubbles (NZ CH Kitaco’s Deevyne Inspiration) did us proud, too, although she didn’t place in such a strong field, she had a ball and got lots of treats, which meant she considered herself a winner, even if the judge didn’t share her opinion.

Emma the Pom (NZ CH I Em Ma Duchess of Tribble) took Reserve Bitch and Best Junior of Breed, qualifying for Crufts entry, while Tabitha (Tribble Witch With A Bee) has clearly been taking movement tips from the bunnies who populate the fields around our home and did a fabulous impression of a rabbit all the way around the ring. Sadly, the judge wasn’t rewarding impressions so Tabitha came home empty handed.

The last honorary member of the Purple Pack was Nimbus the Italian Greyhound who not only took Best of Breed, but Amba ran her around the ring in 8-inch stiletto heels. That woman is beyond fabulous.

The second show of the day, the Sunshine Show, saw the El-Toros dominating again (as usual). Team Kitaco wasn’t entered (we thought it only fair to give others a chance – LOL). In the Long coats, Page (El-Toro Page), took Junior Bitch, Reserve Bitch Challenge and Reserve Bitch with Lucky taking Best Dog, the Dog Challenge, Junior of Breed and Best of Breed. Richie took Best Open Dog. Buzzbee took Best Puppy of Breed in the Smooths.

Emma repeated her earlier results in the Poms, taking Reserve Bitch and Best and Junior of Breed while Tabitha, still rocking the bunny impressions, still managed Best NZ Bred of Breed. Nimbus took Best of Breed for the Iggies again and yes, Amba proved she could probably run a marathon on those epic heels!

Day 2 saw us up bright and early for the CTDS Toy Show where Narci showed everyone what a champion he is. Proof his Nationals results were the exception, rather than the rule, he dominated the field, taking Best of Breed, Best Dog, the Dog Challenge, Open of Breed and being shortlisted in the top five for Best in Show under Australian judge Shane Thomas. His win was received with a great cheer by the surrounding spectators and a very loud BOO! by one sore loser which everyone has been laughing about now, for days. There was no run off for the Open in Show due to the Reserve winner being from the same class.

Buzbee blew away the competition in the Smooth Coats again, partly because he is awesome, partly because Spencer wasn’t feeling well. This pup has such a bright future. Delilah took Reserve Bitch.

Then it was off to the Spitz Breeds specialty show on Friday where Tabitha decided to walk like a dog instead of a bunny and took the Bitch Challenge, Best NZ of Breed and only losing out on Reserve of Breed to her much fluffier brother, Astro. Emma took Best Junior of Breed and Reserve Bitch.

The last show of the NDS week was the Marlborough Kennel Association All Breeds Benefit Show on Sunday. A fabulous relaxed day with some great friends with Buzbee again taking the Smooth Coat Best of Breed (poor Spenny had a tummy ache and really didn’t want to be there) while Bubbles blew away the competition, beating her daddy, Narci and her sister, Kyrie, and all her new El-Toro friends to Best of Breed, Best Citch, Bitch Challenge and Junior of Breed in the Long Coats.

So all in all, a great week. The Purple Pack took all but a couple of Best of Breeds across all the breeds we showed, we had so many laughs and even after a week in close confines of a small motel, we were still all friends!

The true winner for the week, however, was baby Alice (Kitaco Jappy Jalapeño). 2 weeks shy of being old enough to show, she travelled all the way with us, collected her own fan club at the NDS, scored about a squillion cuddles, stole the show wherever she went, and true to her name, remained happy and calm the whole time, despite sharing a motel with 14 other Chihuahuas, the adorable Dwarf Griffon, Dot, and even – for one night and day – an orphaned Lagotto pup named Maya. 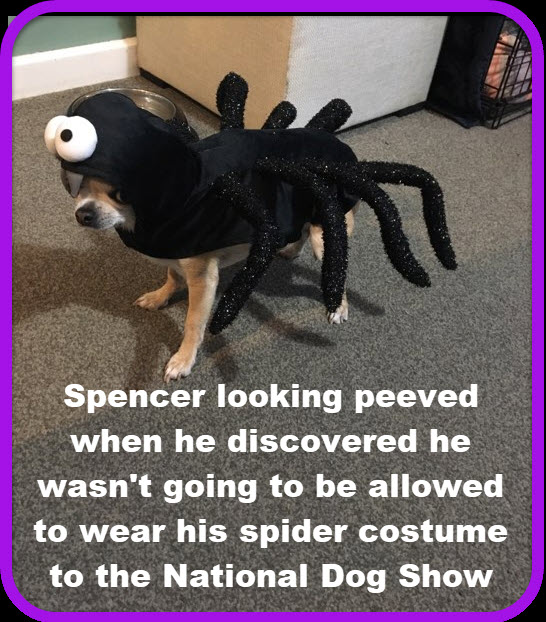 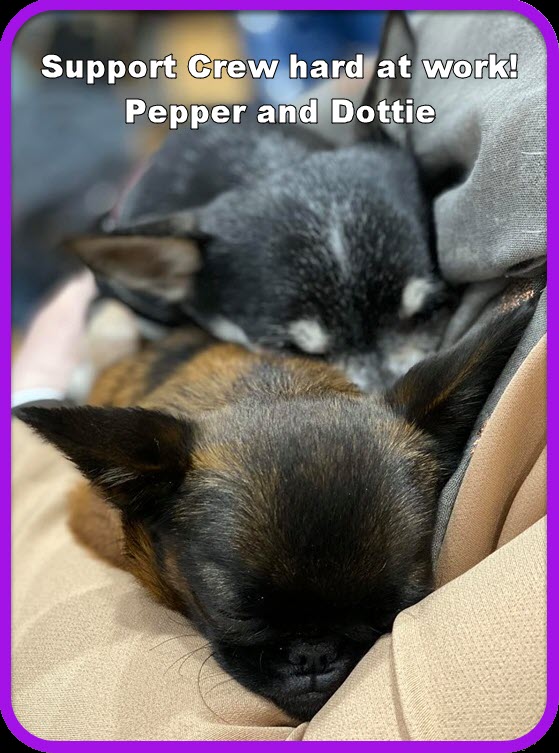 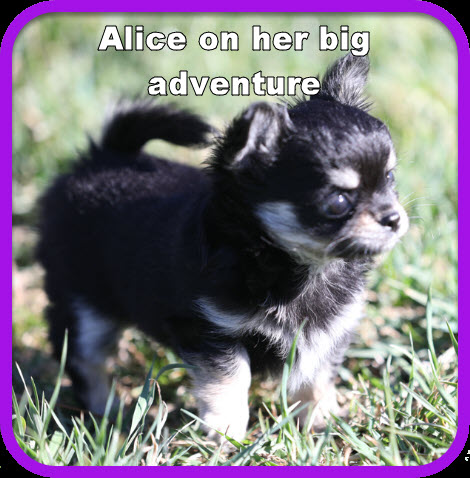 PS: Apologies if any of the results are incorrect. So many shows!

Ava is the Darling of Dunedin

Best of Group for Team Kitaco in Nelson